Posted By: SimbmbYs Comments Off on World Toilet Day

Soroptimist Welfare Association (SIBC) collaborated with Pillai College of Architecture, Navi Mumbai to observe World Toilet Day – an official United Nations international observance day falling on 19 November every year to inspire action to tackle the global sanitation crisis. This action is linked to the UN Sustainable Development Goal of “water and sanitation for all by 2030”. There is a serious lack of public toilet facilities in our cities. The ones that exist are woefully poor in quality. This makes it difficult for everyone, particularly women, to exist in public space and to occupy it for several reasons, ranging from livelihoods to recreation. We decided to devote the month of November to focus on the issue of lack of sanitation in urban space with multiple activities with an aim of raising awareness among students of architecture. 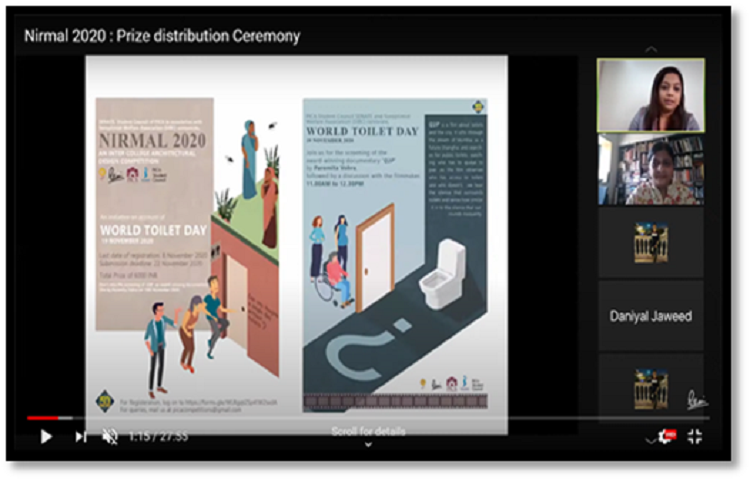 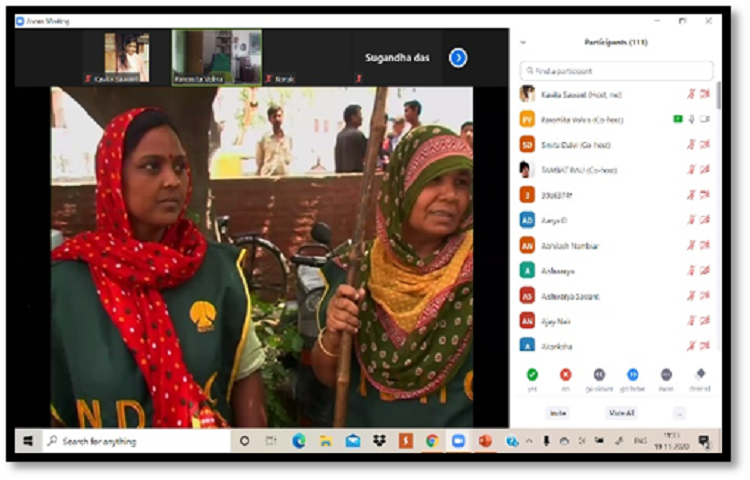 On 1st November 2020, an inter-college design competition was announced where architecture students were asked to select a real-world context in which to propose innovative public toilet

A total of 33 team registrations were received, out of which 15 entries were shortlisted and sent to an independent jury. Dr. Mustansir Dalvi, Professor at Sir JJ College of Architecture, Mumbai and Prof. Uma Sankar Sekar, Landscape Architect, Boston, USA were the esteemed judges of the competition.

On 19th November, an online screening of the award-winning documentary ‘Q2P’ by Paromita Vohra, an acclaimed writer and filmmaker who in her work explores feminism, love and desire, urban life and popular culture was arranged. ‘Q2P’ is a film about toilets and the city. On 30th November, an online prize distribution ceremony was organized to announce the winners of the design competition. It was attended by participating students, faculty members and members of SIBC. The winning entries were screened along with the jury comments. President, Ms. Yvette Lee did the honours of virtually handing over the prizes to the winning teams. The event concluded with a note of congratulations to the winners and a vote of thanks for the participants and the organizers.